XML Localization Interchange File Format. The only open standard bitext format. This is how computer-aided translation (CAT) tools can be interoperable.

XLIFF is important because managing bitext is the core process in localization. XLIFF keeps source and target aligned throughout all transformations in the roundtrip through the localization process, which should be standards-based, not proprietary.

Professional, industry-scale localization and translation services must use bitext, which keeps the segments (typically sentences) and logical units (typically paragraphs) in the source language aligned with those in the target language[Filip 2012].

While the industry has been using proprietary bitext formats, proprietary formats cause lack of interoperability and vendor lock-in. Because XLIFF is an open standard bitext format, it prevents this problem.

Imagine a professional reviewer doing quality assurance (QA) for a translation without having access to the source. Even if the source can be located, the reviewer would still need to manually parse and re-parse the unaligned and disconnected source and target. Clearly, this is not scalable.

XLIFF 2 Core[XLIFF 2.0] is designed to facilitate the round trip from extracting source content to merging target content back into the environment. XLIFF modules provide interoperable metadata, enhancing specialized collaboration and automation, including terminology or translation memory (TM) matches.

XLIFF 2.0 replaced XLIFF 1.2[XLIFF 1.2] in 2014. Albeit widely adopted, XLIFF 1.2 was both too big (many features, yet no modularity) and terrifyingly slim (lack of specificity), which allowed for mutually incompatible implementations.

XLIFF 2.1[XLIFF 2.1] superseded XLIFF 2.0 in 2018. It added advanced validation capability and an internationalization tag set (ITS) module that brings full native support for ITS 2.0. Advanced validation capability from 2.1 can be used to validate both XLIFF 2.1 and XLIFF 2.0 documents more comprehensively. XLIFF 2.1 is backward compatible with XLIFF 2.0, thanks to the modular architecture of XLIFF 2[Filip 2017][Schnabel 2015]. 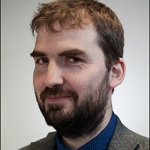 David Filip is chair (Convener) of the OASIS XLIFF OMOS Technical Committee (TC); secretary, lead editor, and liaison officer of the OASIS XLIFF TC; former co-chair and editor of W3C ITS 2.0; Advisory Editorial Board member for MultiLingual magazine; and co-chair of the JIAMCATT Standards IG. David works as a research fellow at the ADAPT Centre, Trinity College Dublin, Ireland. Before 2011, he oversaw key research and change projects for Moravia and held research scholarships at universities in Vienna, Hamburg, and Geneva. He holds a PhD in Analytic Philosophy (2004) from Masaryk University.